A Realtor has to know who's buying and selling... 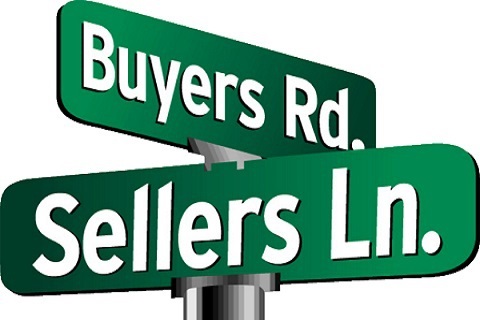 If you're interested on reading the whole 186 pages report, send me an email at Ady@AdySimion.com and I'll email you the PDF.

• Today’s buyers have a median age of 40, are married or living with a partner (70 percent), earn a median income of $87,500 annually and are overwhelmingly Caucasian/white (73 percent).

• More than anything else, buyers want their home to be in a safe neighborhood (71 percent) and within their desired price range (67 percent).

• One of the top four required home characteristics is air conditioning (62 percent).

• Over half (52 percent) of buyers consider new construction homes, and nearly one-third consider other types of nontraditional for-sale homes, such as foreclosures (36 percent) and short-sale homes (34 percent).

• Buyers take over four months (4.3) on average searching for their home, with Millennials taking the least amount of time (3.9 months) and their grandparents in the Silent Generation taking the longest (5.6 months).

• Buyers rely on both online tools (79 percent) and agents (74 percent) to find their homes. They typically reach out to only one agent (53 percent).

• Most buyers are staying put and purchasing homes in the same city (57 percent).

• Almost half (49 percent) purchase a home in the suburbs, followed by urban (31 percent) and rural areas (19 percent).
• Nearly a third (29 percent) of buyers go over budget, with urbanites the most likely to go over (42 percent vs. 25 percent of suburban and 20 percent of rural home buyers).

• Buyers financing their home with cash are more likely to have a household income of less than $25,000 (24 percent).

• Millennial and Generation X buyers are most likely to obtain mortgages (80 percent and 84 percent, respectively).

• Today’s typical seller has a median age of 45, is disproportionately Caucasian/white (78 percent), has a median income of $87,500 and is selling for the first time (61 percent).

• Most sellers are selling for the first time (61 percent) and are simultaneously looking to buy a home (71 percent).

• Sellers usually have to make at least one compromise to sell their homes (76 percent), with the most popular concession being lowering the sales price (34 percent).

• One in two sellers (50 percent) sell the home for less than the list price.

• Homeowners view their home as both a financial investment (52 perent) and a reflection of who they are personally (48 percent).

• 86 percent of homeowners have no plans to sell within the next three years.

• Less than a quarter (23 percent) say their home is in like-new condition, with more than 6 in 10 (61 percent) saying their home could use a little updating.

• The typical homeowner with a mortgage still owes 62 percent of their home’s value.

• Four in 10 (41 percent) homeowners have refinanced their home at least once, and 21 percent have tapped into their home equity to take out cash in the form of a Home Equity Line of Credit (HELOC) at least once.

• The most popular improvements homeowners plan to make in the next year are painting the interior (25 percent), bathroom improvement (22 percent) and landscaping (21 percent).