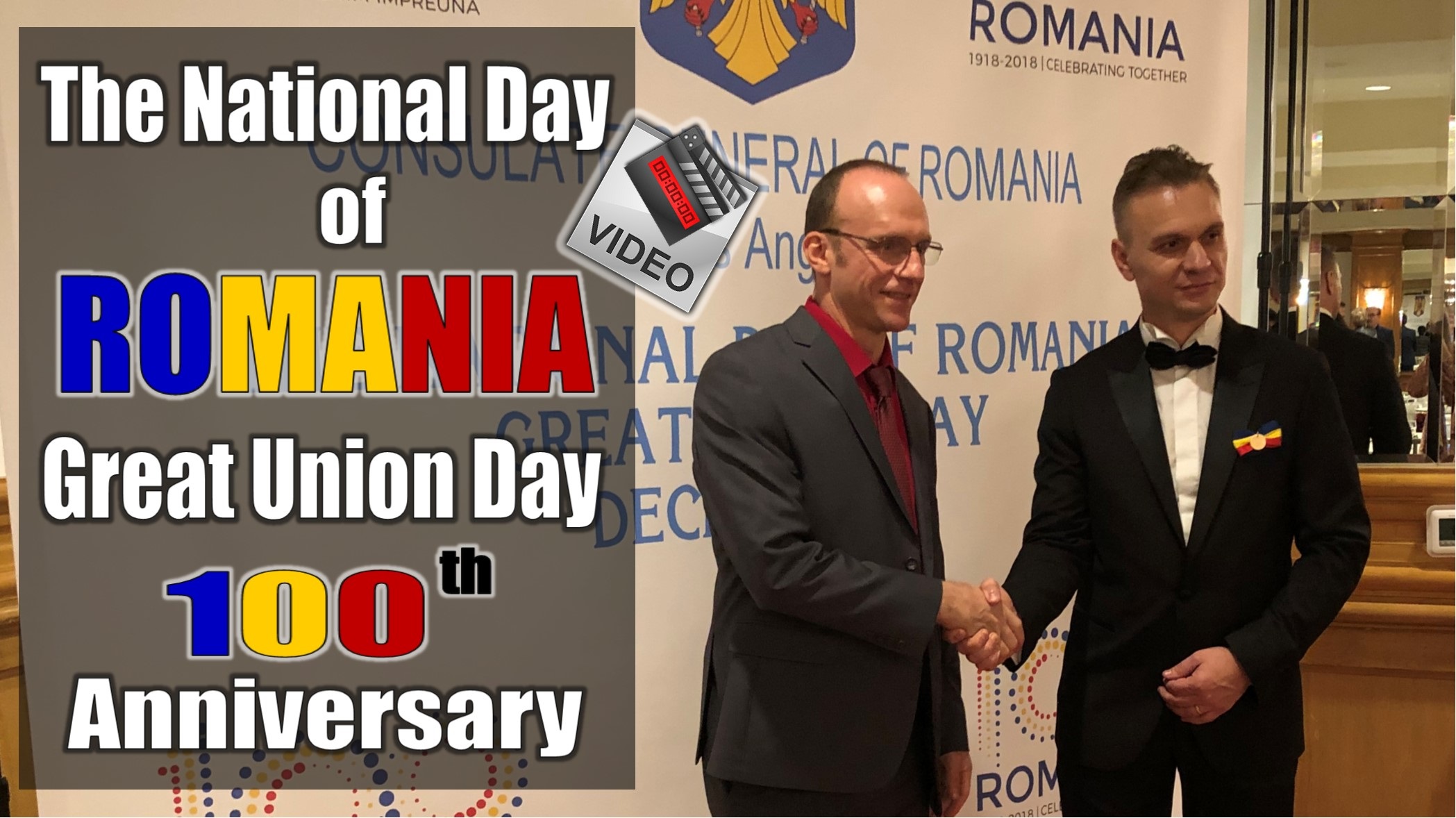 100th Anniversary of the Great Union.

A glorious night for Romanians to celebrate The National Day of Romania. The Consul General Cosmin Dumitrescu gave a speech on behalf of the Romanian Community in Los Angeles and received a Recognition award from The Board of Supervisors of County of Los Angeles. The spectacular voices of the Sopranos Daniela Podobea & Angela Stewart along with the pianist Daniel Manoiu were heard singing the National Anthem of United States of America and Romania. The night entertainment was ended by the young voice of talented Dominique Ilie.